A Brief History Of Vehicle Wrapping 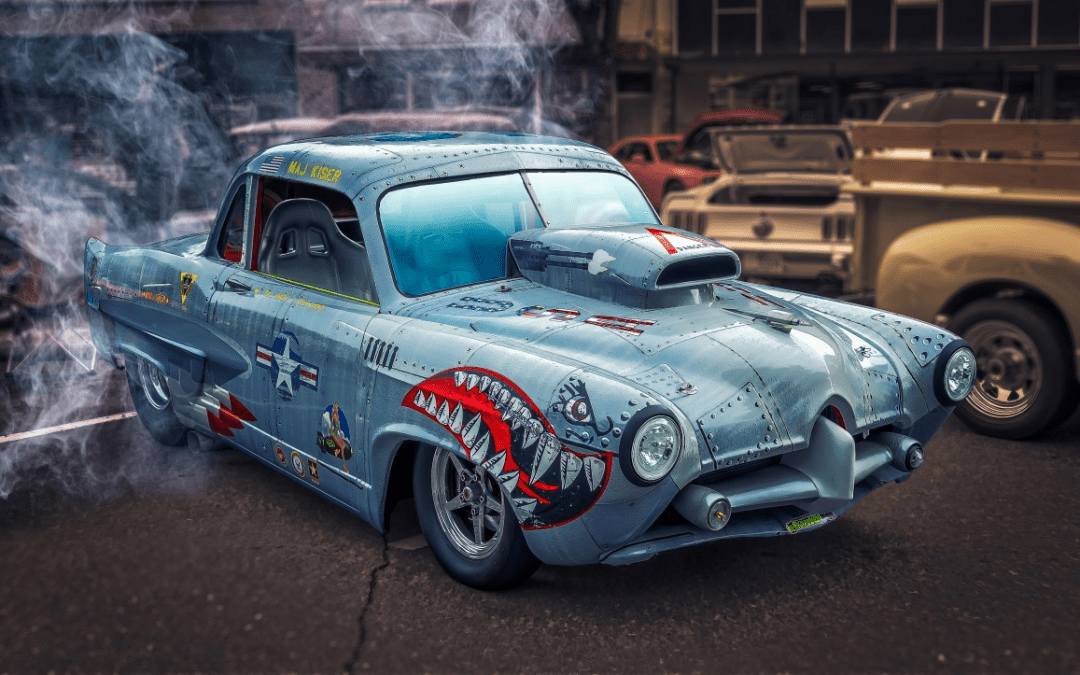 Vehicle wrapping has undergone the process of development, redevelopment, and improvement over many years. And vinyl wrapping is older than you might think!

Many people associate vinyl wrapping with being a modern invention, but in fact, it was invented in the 1920s. But at this time, it was so expensive that very few people could afford to buy it!

In this blog, we will explore the origins of the now widely used vehicle wrap, and how it changed from being a costly accessory for rich and powerful corporations to a marketing tool for any small business. Or even just for individuals who want their vehicle to make a visual impact!

We will also go through the modifications and inventions that have allowed wraps to become the revolutionary design tool they are today.

For as long as we’ve had modes of transport, people have advertised on them. There is evidence of advertisements being used in the 1800s on carts, horse-drawn carriages, and rail carriages, but the history of graphics, initials, and logos being used on transport vehicles may go back as early as the Greek and Roman eras.

By the 1880s, advertisements on trains were a very popular trade, and trains were used as ‘moving billboards’ to promote many of the popular brands of the era, including Kellogg (1906), Ford (1903), Sears & Roebuck (1886), and Standard Oil (1870). At this point, all advertisements were hand-painted or stencilled, and this technique continued to be used at the turn of the century.

The chemical used to create vinyl wrappings – vinyl chloride – was discovered by accident in 1926 by the Goodrich Corporation. Vinyl chloride became the most popular material of choice for automotive advertising, but it was still only available to larger and wealthier clients.

Due to the expense of vinyl at the time, full wraps were not done. Instead, most vehicle advertising was done by applying individual vinyl graphics to a vehicle.

In the 1950s and into the early 1960s, the most widespread form of vehicle advertising was still done using Water Slide decals. This involved using a water transfer to place graphics onto the side of the vehicle. However, this was not ideal as it ran the risk of water damage, yellow patches on white paint, and was messy and imprecise on curved surfaces. Larger elements – such as lettering – were still mostly hand-painted.

In the 1980s, vinyl technology became more aﬀordable due to manufacturing innovations. This made vinyl graphics more accessible for smaller businesses – who started to use them more – but traditional methods were still used for the most part, as designs and colours were still limited. Vinyl was mostly used for lettering at this time.

By the 1990s, vinyl was growing in popularity, even though the range of designs, colours, and quality were still restricted.

Then, Pepsi created the first vinyl vehicle advertisement in 1993, which led to a boom in using vinyl for advertising on the sides of buses, cars, and more. There were also several emerging printing technologies in the decade that were promising (such as electrostatic printers), but they were too expensive for smaller businesses, so never became widely used.

There were still issues with the wraps themselves too, as they were prone to bubbles and premature adhesion.

In the 2000s, companies including 3M, Oracal and Avery Dennison developed air release vinyl, which helped to release the air bubbles from under the vinyl wrap, allowing for a smother adhesion.

There was also a revolution in printing technology, which meant that smaller businesses could aﬀord to buy the necessary printing technology and design software needed to create striking designs. This technological revolution gave businesses access to piezoelectric inkjet printers, large format graphic design software and computers with a great enough capacity to hold more than 1G of data. As the technology evolved, the full vinyl car wrap was made more available to the public.

Now, with the ever-improving developments in print quality, and graphic design technology, we can come up with more striking designs than ever before. Now, customers can choose from thousands of designs and many diﬀerent finishes, including matte, metallic, pearlescent, satin, carbon fibre and colour change. You can even get textured wraps, including leather and snakeskin!

The Future Of Vehicle Wrapping

So what does the future hold for vehicle wrapping?

Well, there has been a surge in demand for the use of 3D wraps, which the company 3M has responded to by releasing a range of IJ180mC print wrap films. There is also the potential for expanding onto film stretch, which allows the wrap to stretch and fit to curved surfaces and ridges.

There has also been a great demand for metallic and colour changing eﬀects. This is an area in which we may see some development over the coming years; similarly, we can expect to see development in the field of textured eﬀects such as carbon fibre. These eﬀects have proved enormously popular, and may provide many opportunities in the coming years for businesses to connect with car graphics enthusiasts.

The world of vehicle advertising is consistently popular, and experts predict the industry will continue to see many exciting developments in coming decades.

This website uses cookies to improve your experience while you navigate through the website. Out of these cookies, the cookies that are categorized as necessary are stored on your browser as they are essential for the working of basic functionalities of the website. We also use third-party cookies that help us analyze and understand how you use this website. These cookies will be stored in your browser only with your consent. You also have the option to opt-out of these cookies. But opting out of some of these cookies may have an effect on your browsing experience.
Necessary Always Enabled
Necessary cookies are absolutely essential for the website to function properly. This category only includes cookies that ensures basic functionalities and security features of the website. These cookies do not store any personal information.
Non-necessary
Any cookies that may not be particularly necessary for the website to function and is used specifically to collect user personal data via analytics, ads, other embedded contents are termed as non-necessary cookies. It is mandatory to procure user consent prior to running these cookies on your website.
SAVE & ACCEPT